Based on 106 reviews
Write A Review 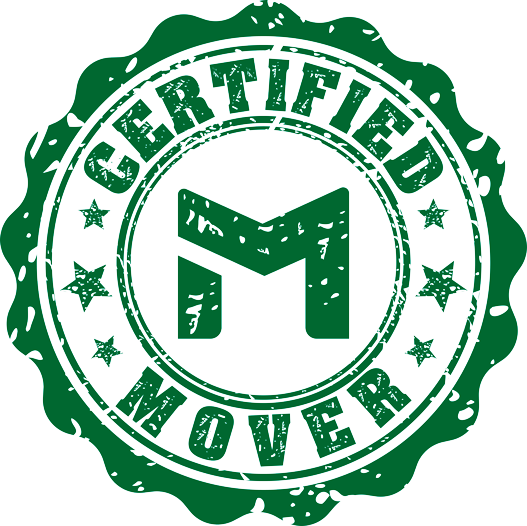 I had a wonderful conversation with a Kevin, Cox (Vehicle Dispatch Manager) he was very attentive and polite until he received my $738.36 down payment then he ghosted me. On move day the flip flop wearing, con artist movers arrived to my storage unit to move my items and hit me with a thousand dollars additional fees from the initial price quoted, this was even AFTER I sold off multiple items that were on the original quote. I went back and forth for hours with these nefarious people and my items still were never delivered, even after agreeing to the additional funds by writing out an additional contract with Prestige Van Lines (contractor) for a set delivery day. I contacted the owner directly and explained the situation and received the full amount of payment from him with the promise of firing the shady lying mover Kai I originally spoke with. I am now going to seek legal counsel and expose these scammers (New City Moving and Storage)! WE all need to ban together and file a class action suit, many of us have similar experiences! You cannot just treat people like garbage and get away with this! You will be exposed!

Hightail it and look somewhere else for a mover, these folks are all over the place with apologies, save yourself alot of headaches. I wouldn't give them the time of day, they are fabulous at reeling you in, then the slobs arrive to take possession of your belongs and its downhill from there.

I hired these guys - what a disaster. Sales guy, Ken, apparently outright lied to me. Said its better to over estimate the size than underestimate. If you underestimate and they need more, then you get dinged a big fee. If you overestimate, you get a refund for any unused space. NOPE - "they don't do that". I added an extra $1,000 to my estimate just to be sure, expecting that unused space to be refunded. NOPE. Then, they subcontracted some other company to actually move my things! Best For You Movers - who have HORRIBLE review and I would have NEVER hired them based on their online reputation. Well, new company was HORRIBLE and messed everything up from timing to damages. However, I only had phone contacts with New City - so I called them when truck didn't arrive. Crickets - no one home! Of course it was Saturday night. No response to texts, emails or phone calls. No one working the customer service line. Same thing Sunday - no one showed up and no one to talk to. If you like spending hours on hold and making 100+ phone calls only to get no response to half of them and very little progress from the rest, then this is the company for you. I don't know how many dozens, or hundreds, of hours I spent - it should not be that difficult. Sure, a couple people there are "fairly nice". They felt somewhat bad for me. One guy said he felt worse about the situation than I did - yeah right - he's not out thousands of dollars! Damage and missing articles - the blame certainly goes on this "other" company that moved my goods, but I didn't hire them, I didn't want them. These guys offered me no resolution - it took forever, and even though I paid these guys, they didn't feel "that" sorry for me - they didn't feel I deserved any refund or discount - even though one guy promised me $200 (that's something (which I never got), but really nothing in the big scheme of things).. I'm out about $15,000 - damage, lost time from work, delays in arrival and drop off, an extra trip to FL (from WI) to light a fire under someone, etc. Just Horrible. I wouldn't wish this move or my last month's worth of experiences on anyone.


Wish I could give a zero.

I asked for a quote online, and received a text from a guy named David. We discussed my move and he asked me if I wanted to accept the quote, and I told him I wasn’t sure of my exact move date, he informed me I could change it within five days. So I paid the down payment and scheduled the move. I then get a call from someone named Jason and he informs me David is out for the rest of the year and that he will be handling my move over voicemail, I was unable to answer the call. I call back and leave a message about my move date changing and zero call back. I then call again with my exact move date and again have to leave a message and no call back. I then call back a third time and leave a message on another number I found on the website and again no answer. I emailed the original guy and the email bounces back. I emailed the email on the main website and no response. I then try to use the contact box on the website and it won’t submit. This company is either a complete scam or literally the worst in communication I have ever seen. My move is in a few days and since I can’t get ahold of anyone my brother has to take off work to assist me in my move and I’m out my down payment. Save yourself the stress, money and time and go with someone else!

The dispatch vehicle manager Cesar canas quoted me for $650 to transport my daughter's car and requested to deposit down-payment to his zelle account. I didn't do it because a big company using zelle? So he said just take picture of a check, around Oct 18, 2021 1 month the check was still not cash and no email regarding pick up details. So I kept calling the company no answer and only left voicemail to Kevin after 10 calls everyday finally a name Kevin 7738002462 answered the phone and I explained him why my check was still not cash and how how come no one contacted me and its scheduled to be pick up next week Dec. 21,2021. So he cash the check and promise me that someone will pick up the car. We communicated thru text and waited for someone on dec.21 to pick up the car and NO ONE CAME!!!! . We have to fly to Florida next day. So I was so UPSET AND MY DAUGHTER WAS CRYING BECAUSE SHE NEEDS THE CAR TO GO TO SCHOOL. SO I texted him again and told him to return the money. He ask for 2nd chance and this time NO ONE AGAIN PICK UP THE CAR schedule Jan 5,2022. HE WASTED MY TIME. HE TOLD ME THAT THE PRICE WENT UP!! I SHOULD PAY THEM $950 OR MORE. WHY??? IF YOUR OLD DISPATCH MANAGER QUOTED ME FOR THAT PRICE ITS NOT MY PROBLEM, U SHOULD HONOR THAT. SO I HAVE NO CHOICE JUST TO GO AHEAD I WAS WILLING TO PAY. BUT NO ONE CAME ON JAN. 5 , 2022 SO I KEPT TEXTING WHERE IS THE DRIVER, KEVIN DID NOT RESPOND Anymore. SO NEVER TRUST THIS COMPANY, THEY ARE NOT RELIABLE AND THINKING SOMEONE WILL PICK UP ON THAT DAY AND ALL SET BUT NO ONE WILL SHOW UP. ITS VERY UNPROFESSIONAL. I SPENT $1000 ON CAR RENTAL IN FLORIDA BECAUSE IT WAS NOT TRANSPORTED.


I really appreciate your assistance.

This moving company provided me with the best service. I came to Florida to relocate a friend and had a terrifying nightmare. I was nervous about moving my daughter, someone from my family recommended me to New City to make a better offer to make our move possible for the Christmas season. We have had bad experiences with other companies. All these dreadful experiences with other companies have been terrifying because of their uncaring employers who do not take their time to care for others' belongings. New city has been one of the best moving companies that I have ever hired I would give them 10 stars for that awesome job that they did make. Thank you very much, New City Moving and Storage.

I phoned three or four movers to get moving prices from Florida to Alabama. New city Moving took the time to come to my place and gave me a personal quote. They did an outstanding job throughout the move day, in my opinion. The two gentlemen that packed my belongings performed an excellent job of wrapping all of my furniture and loading the truck promptly and effectively. New city was extremely hardworking, honest, and receptive to my follow-up queries, and they performed an amazing job of performing my move without any issues. I would strongly suggest them for your relocation. New City   Moving Team was excellent and professional. Excellent work!


I would suggest this business to anyone!

They arrived at my house ahead of schedule, and without wasting any time, they got right to work, not talking about anything else. I enquired about everything I required. I was really relieved since I had discovered an excellent moving company. Hopefully, I won't have to relocate again for a long time.

Your staff was excellent, and we couldn't have asked for a nicer day. You weren't joking when you claimed we'd be in capable hands. They were incredible, and nothing could have been better in the world. As you can understand, it's been a busy week, but please accept my apologies for the lack of communication. Your people were nice, kind, responsible, and just superb at what they do from start to finish!

I've relocated three times in the last five years because of my husband's employment! We relocated once on our own and the rest of the time with the help of several moving agencies. The authorized movers were BY FAR the finest!! They were really professional! The sum I paid was also less than what I had planned for! I also employed their services to help me pack! I'm so pleased I did!! That saved me a lot of time!! Everything arrived on schedule and in wonderful shape! Thank you, for your assistance, and congratulations to the rest of the employees on such a successful relocation!!

Companies that transport household goods like New City Moving and Storage have to register annually with the Department of Agriculture and Consumer Services. The Bureau of Compliance is the responsible regulatory authority that manages intrastate movers. Movers should be registered with the FMCSA to operate interstate.